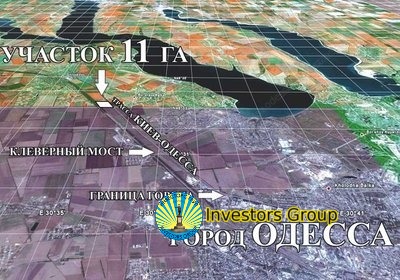 1. The object description:
Odessa – one of the main economic centers of the country, is located in the extreme southwest of Ukraine, combines the largest seaport, the developed industry,   recreational complex, transport, financial and social infrastructure.
At the moment Odessa is most invested in an attractive city in Ukraine, and in the future this quality to amplify. Major factors, this favorable arrangement of a city, at a crossroads of important international water and transport highways, the social structure of a city and industrial organizations, considerable demand for the earth and real estate.
Taking into account the developed transport infrastructure of transport, Odessa and the Odessa area have exclusively high transport — distribution and international transit potential which should be considered as the main indicator of economic development.
The offered site consists of several ground areas, a total floor space of 11,0362 hectares, and locates on a facade of a highway Kyiv — Odessa which is one of the main transport highways of Ukraine (on the right side in a direction of movement from Kyiv), on 457th km of a line Kyiv — Odessa from which has a direct front line in length about 400 m and distance from a line of only 20 meters.
Allotments of 5,0362 hectares, 4 hectares, and 2 hectares, are in the property at physical persons and are located in the territory of Nerubajsky village council of Beljaevsky area of the Odessa area and of 14 hectares enter into the site limited to a forest belt the area, from the 11 are offered under sale, and the remained 3 hectares can be leased for the long period.
Thus, by acquiring 11 hectares you have an opportunity to use 3 more hectares, for example, under a traffic intersection, for a symbolical lease payment.
Initially, in April 2006, all 3 sites have been acquired at the ground auctions — auctions, and soon we had been changed to a special-purpose designation.
The territory in 14 hectares is limited by a forest belt from 3 parties that first, covers sites from strong winds and creates the ecologically favorable environment, and secondly, natural borders of a site exclude territorial conflicts to neighbors.
2. The status:

— The state acts on an ownership right, are given out on the basis of the order of Beljaevsky regional state administration of the Odessa area from October, 19th, 2006 and registered on October, 25th, 2006 in the Blotter of registration of the state acts on ownership right on the earth and on the right of constantly used by the earth
3. A special-purpose designation:
— Placing, the building of a warehouse, a complex

4. Advantages of an object:
— The site in an industrial zone – Usatovo/Nerubajskoe , from Odessa to a site – 7 km is located. Before a site, there is a rupture of dividing protection of a line for a convenient turn/arrival/departure of transport. The nearest autorefuellings are on distance about 1 km in both parties on road.
The Kyiv line – the reconstructed highway of the state value connecting region and ports of Odessa and Ilyichevsk with western and the central regions of Ukraine.
The traffic intersection «transport bridge», is in 4 kilometers, is an important traffic intersection where the Odessa district road and the Kyiv line, and cargo transportation between Kyiv and Crimea, Izmail — Reni-Bolgradom and Kherson — Mykolaiv, Moldova, and Donetsk-Dnepropetrovsk are crossed.
The railway for a train to be in 100 meters.
To railway station Usatovo – 3 km.
The biggest customs terminal of the area is on the same party from the road on 7 km closer to Odessa.
On 3 km further, towards Kyiv, the Turkish investor builds a large industrially — a production complex.
Opposite to a site to be congress on the large camping including hotel, parking, restaurant, bowling, pool.
The ground area has a quiet and equal relief.
The unique arrangement, affinity of motor transportation and Ry outcome, the size of more than 110 000 sq.m. and the form (almost a rectangle) – are convenient and do not limit the possibility of various decisions of design-architectural decisions at the building.
Structures and зеленных on sites aren’t present plantings, the engineering-transport structure is absent, but there are specifications подводки and connections to electricity communications, water — and gas.

The convenient geographical arrangement, the areas, communications, and site geodesy allow to place:
– A hypermarket (grocery and-or building);
– Logistic park with storage facilities;
– The container terminal;
– The center on motor transport servicing;
– An entertainment complex;
– Industrial organization;
– The other 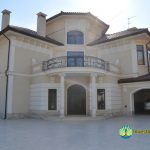 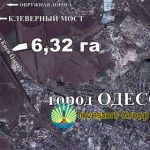